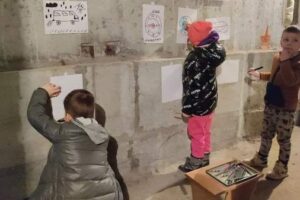 #Ukraine is very beautiful independent country with its own culture, history and beautiful nature, but now Ukraine is on fire. All #Ukrainian people are all doing everything to win russian troops,we want to show the world that #Putin‘s #Russia is not so strong and should not be feared.This is a time the world community should unite and stand behind Ukraine with not only words but action. The invasion of a sovereign nation is against international law. All the countries of the world must unite against putin and his army!!! Against this evil and monster! Against violence and bombing our peaceful citizens. Just prove your support in actions, not only on words!!! You just can’t stay aside and watch, in other case this evil will nock your doors one day.We ‘re strong in unity. We defend your borders from the war now. Don’t let this facist to ruin our and your life! #SafeUkraine and protect yourself from invasion! It’s time to act!!! #NATO, #EU, #stoprussia